Football has been my biggest passion since I can remember. While in secondary school I decided to give up competing in other sports and commit to the game I loved. I joined the local club and it was back then, during shooting practices, that I realised my laces strike wasn’t good – the connection wasn’t clean, the ball had inside spin. I was not happy about it and started to work on my shot.

Soon shooting captured my imagination. I was hitting the ball against the wall for hours, often day after day. As a perfectionist focused on the detail I was paying attention to the spin I was applying, how clean the strike was, how it felt. Searching for ways to improve I was experimenting with every aspect of the technique.

What motivated me further was that from the time I started to watch football as a kid, I have always found goals scored from long range in open play or from direct free kicks to be the most beautiful and spectacular. It’s these goals that I wanted to score. My first inspirations were Roberto Baggio and Alessandro Del Piero.

After a couple of years of intense training I got my laces strike to a good level – I was able to consistently hit the ball both without spin or with topspin. It was at that time, however, that I shot through a tackle while playing futsal and severely damaged the ligaments in my right ankle. This injury changed everything. I could not use my laces for a long time, it took a few years for the pain to go away. But I discovered that my ankle hurt less when I was using the inside of my foot and for the first time I started to practice my hitting technique in this foot position, mainly focusing on free kicks.

As with the laces before, so now with the inside of the foot free kick I was working to achieve the highest possible level and this involved imitating the players I thought were the best in this aspect of the game at that time – Alessandro Del Piero, David Beckham, Siniša Mihajlović. But it was when I saw Marcos Assunção and Juninho Pernambucano in the early 2000’s that I became obsessed with the technique that I saw nobody else execute – the topspin free kick. This shot turned out to be much more difficult to master than any other I had trained, but I persevered with my practice and analysis of Juninho’s and Assunção’s swings. Week by week, month by month, year by year I was discovering technical cues that were helping me better understand the mechanics of this technique and that would eventually enable me to execute a clean topspin free kick.

I went through this process with every technique that I was fascinated by and wanted to execute, mastering several types of open play shots and free kicks, including different kinds of the knuckleball free kick – Juninho’s, Ronaldo’s, Pirlo’s. I learned to use every surface of the foot. 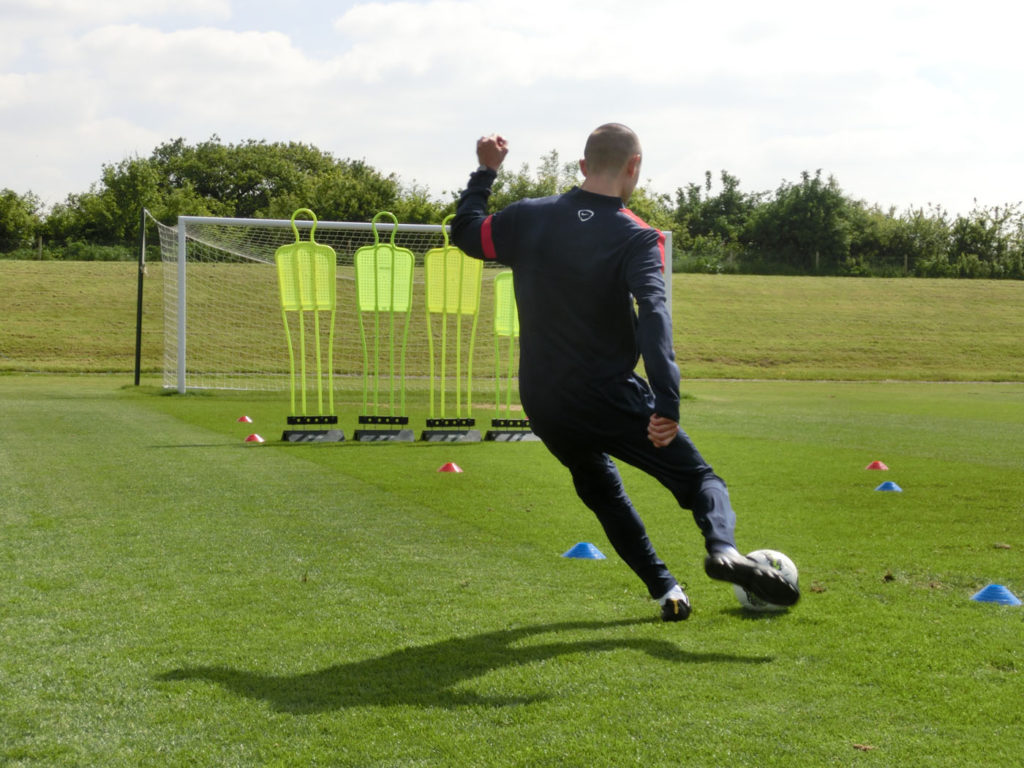 As I was making progress in my practice and understanding of ball striking, I began to recognise that with very few exceptions – most notably Juninho and Assunção who back then were still playing – the technical standard of shooting and free kicks in professional football wasn’t good. Seeing even some of the best players in the game make numerous errors in their swings and being unable to recognise and correct them I realised that through years of training and in-depth analysis I knew things about ball striking that they did not – and that even at the top level they had no one to teach them.

And so although until that point I had pursued my original plan of becoming a team coach, I understood that I should coach the skill which I was passionate about and which interested me more than any other aspect of the game. I knew that the only way to work at the level of technical detail that I have been focusing on in my practice and analysis was by training players individually and so in 2010, after 10 years of my own study, I started to coach ball striking on a one-to-one basis. 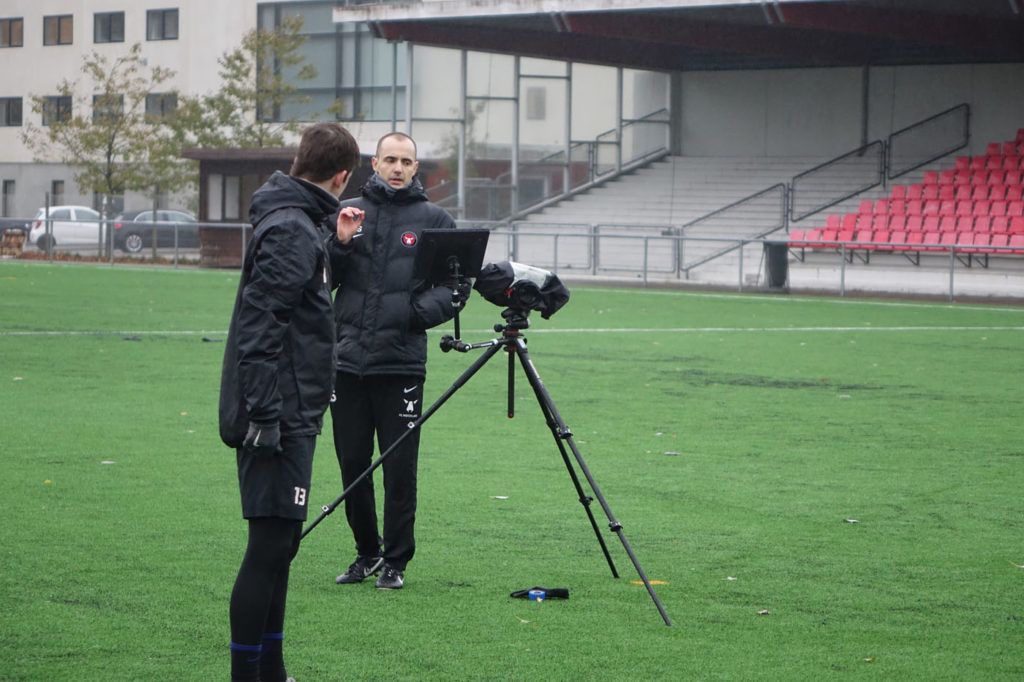 Since then I have continued the study of all the techniques, up to date committing more than 2 decades to this one skill. I have built a comprehensive understanding of all the factors involved in every type of shot and designed an individual technical training method to help players achieve the highest level in this area of performance. Over the past 11 years I have established it in professional football, coaching players up to the Premier League level domestically and from other top divisions internationally (German Bundesliga, Belgian Jupiler League, Danish Superliga, etc.).

In every respect this work is the perfect work for me. It is built on my passion for the skill that I have always found most fascinating and spectacular. It is built on my commitment to perfection and attention to detail. And it is built on my individual approach to training – because only in this way can I coach those who share my drive for excellence and stay faithful to my principle of not accepting compromises on the quality of what I am doing. Only working with a player individually allows to help him achieve the highest possible level by giving every technical detail its due attention and by building the whole process on a thorough understanding of his mental and physical characteristics. 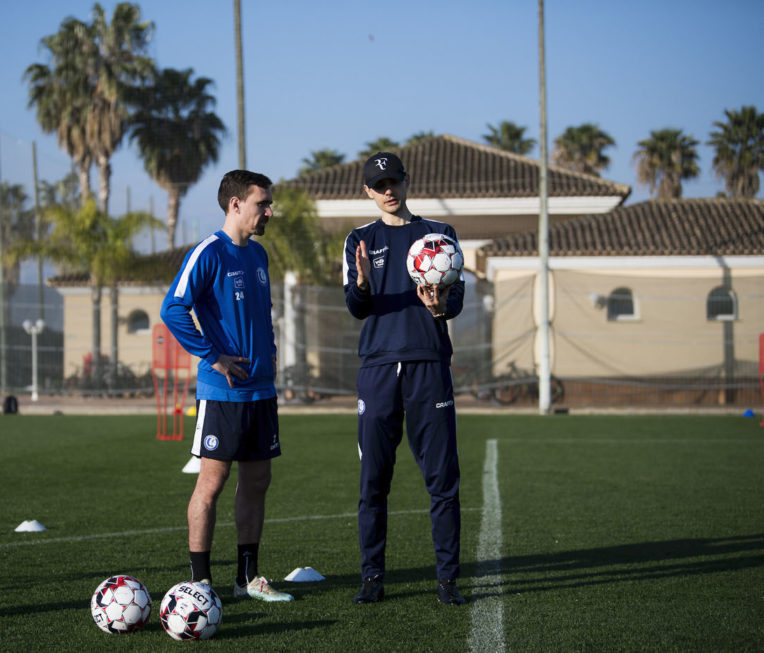 Coaching ball striking is for me the only thing better than practicing it.

We use cookies to ensure that we give you the best experience on our website. If you continue to use this site we will assume that you are happy with it.Ok